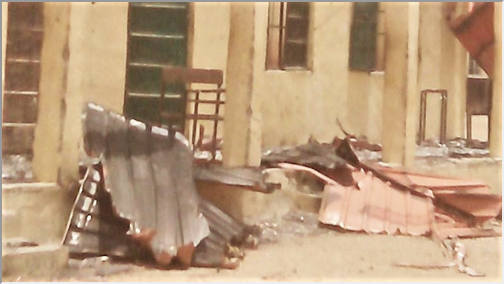 While 112 of the kidnapped girls remain in captivity, Boko Haram abducted another 22 people in the predominantly Christian Chibok area in December, according to a statement from the Kibaku Area Development Association.

“The Kibaku Area Development Association (KADA) wishes to cry out and put it on the record that we are being targeted for attacks and annihilation, whether at home or wherever we are,” Dauda Iliya, head of the association, said in the statement issued from Abuja on Feb. 3. “Our people and homelands are in danger. Our homes, farms, barns, and places of worship are destroyed. We are unable to exercise our religious freedoms as we prefer. Our very existence is under grave threat.”

Iliya said 11 parents of the girls kidnapped in 2014 have been killed in subsequent attacks, and eight other parents have died from post-traumatic disorders such as heart conditions related to the abduction of their daughters.

“Of 20 Chibok girls’ parents – our kinsmen and women – who are now deceased, 11 were killed during the Boko Haram attacks, eight died of heart conditions as a result of trauma, with those alive subsisting with various degrees of heart conditions and trauma along with their resultant effects,” he said.

Among the 22 people kidnapped in December, five were abducted in the nearby Kwarangilum community in a Boko Haram attack on Christmas Eve, with the rebels burning down houses and carting away live cattle, sheep, goats and chickens, he said.

“Five days later on the 29th of December in Mandaragrau, 17 Chibok indigenes were kidnapped,” Iliya said. “We also do not notice much effort by the government to permanently end the scourge of Boko Haram terrorism, and restore peace in our homelands in particular, and the northeast in general; nor the return of our 112 daughters held in captivity for close to six years.”

The area has been under constant attack by Boko Haram, which seeks to impose sharia (Islamic law) throughout Nigeria, for 10 years, he said.

“In January 2020, two Christians were killed in Payasatan-Bilaburdar village, also here in Chibok,” he said by text message.

Confirmation of the killings and names of the victims could not be obtained from the area, which is subject to frequent communications blackouts.