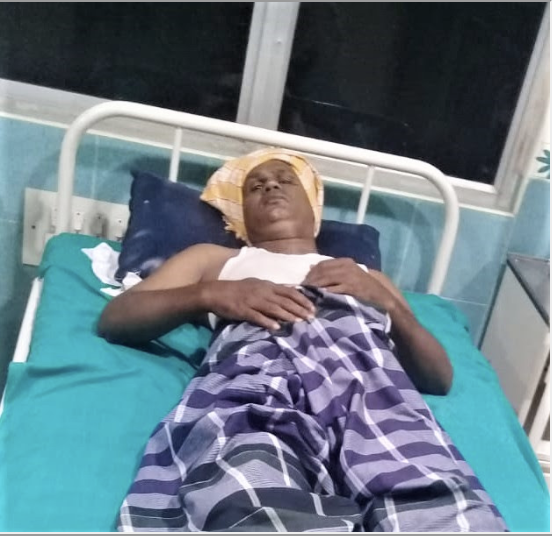 Hindu extremists tell officers where Christians live so they can stop worship. 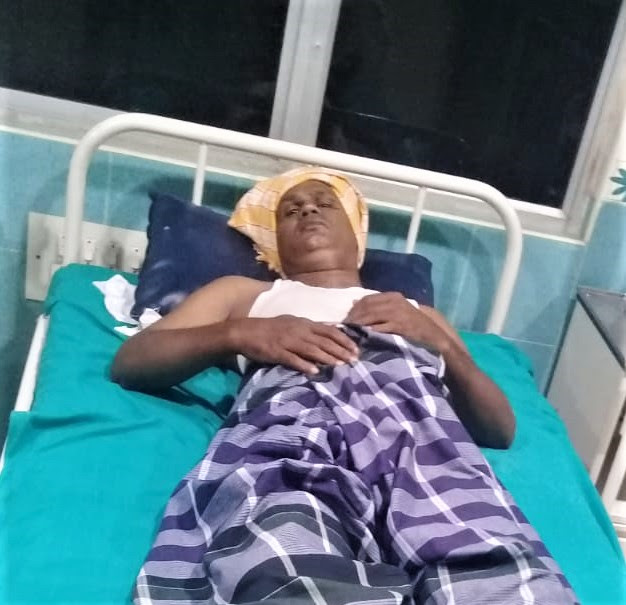 Police have told congregations to stop worship in homes in Anuperpalayem, Velampalayem, Kangeyam and several other villages in Tiruppur District, the Rev. Vijaya Kumar of The Synod of Pentecostal Churches told Morning Star News.

“We are going through a tough time – there is immense pressure from the police administration in Tiruppur District that Christians are not allowed to gather for prayers even within the four walls of their homes,” Pastor Kumar said. “The pastors of these small churches have been harassed to seek permission from district officials to conduct prayer services.”

“This level of opposition from government officials is undermining the secularistic values inscribed in the Indian constitution and could lead to deprivation of Christians’ right and freedom to practice their faith, which was upheld time and again in several judgments delivered by the Madras and Madurai benches of the high court,” Christie told Morning Star News.

When a Christian in Coimbatore District who used his home for worship services faced closure for declining to obtain permission under the State’s District Municipalities and Building Rules charter, he petitioned the Madras High Court against it in June. Justice P.D. Audikesavalu held that, “the question of requiring the pastor to get prior permission from the authorities for assembling and conducting prayers in dwelling place, without causing nuisance or disturbance to others and without causing hindrance to the public, does not arise.” 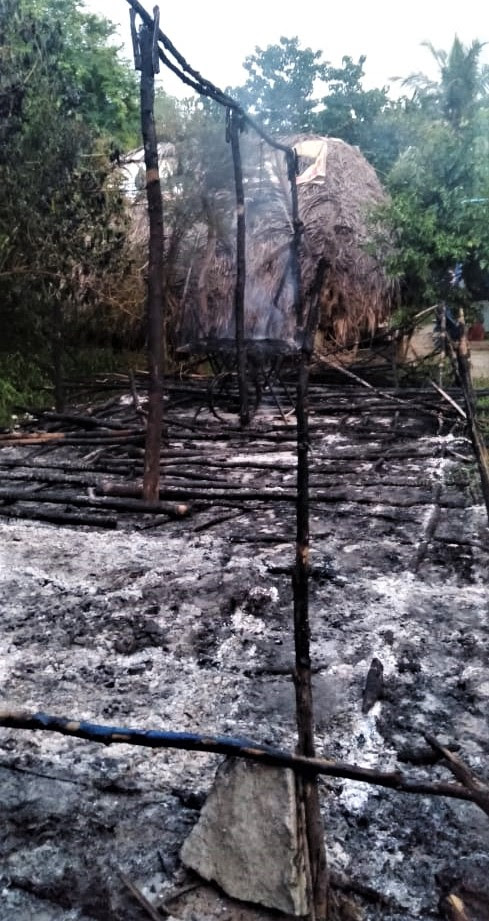 “Its impact is visibly seen now,” he said. “Today Hindus do not want to let out their houses on rent for Christians and Christian prayers particularly. If after great efforts and search a Christian manages to find a place to reside, the Hindu extremist groups in that area would alert the police officials to search their homes and stop prayers. It has been a difficult year.”

“The conversation with the senior police officials went well, and he asked us to meet the Anuperpalayam Police Inspector Rajan to register a complaint – but Mr. Rajan’s tone initially sounded much like that of a Hindu extremist,” Christie told Morning Star News.

After talks of about two hours, Rajan allowed the petition submitted by one of the pastors ordered to seek permission, Amos Pushparaj of Maranatha ministries, he said.

House Dedication Service Attacked
Violence against Christians in the state continues, including an attack on Christians gathered to dedicate a congregation member’s new house.

In Cuddalore District, 30 Hindu extremists with sticks beat pastor Paul Thirunavukkarasu and 13 other Christians at the Sept. 29 gathering to prayerfully dedicate the new house of Lakhsmi Narayanan in Thiruvanathipuram.

“It was past six in the evening, and suddenly a Hindu neighbor showed up,” Pastor Thirunavukkarasu told Morning Star News. “He snatched away my Bible and slapped my cheeks. He then grabbed my shirt and dragged me to a nearby tree and started beating me. Soon a mob of 30 Hindu Munnani activists joined him and beat up 13 other church members who also were invited to the celebration.”

The beating went on for nearly two hours with no help from onlookers, he said.

“All of us were severely bruised and in much pain,” Pastor Thirunavukkarasu said. “The area in Thiruvanthipuram is an upscale residential colony packed with upper-caste Brahmin residents, and Christian prayers annoyed them. That day my wife fainted after receiving information that I was beaten up, and the church members who also got beaten up have still not got well.”

All 14 were admitted to a nearby hospital, and police took their statements, but the First Information Report (FIR) registered on Sept. 30 named only four of the 30 assailants – and a counter-FIR has been registered against the victims, he said.

Thiruvanathipuram residents identified only as Mathan, Kantham, Dhandapani and Prabu were named under laws against uttering obscenities, causing assault, rioting and criminal intimidation. But Thiruppapuliyur police station officers also registered a counter-FIR against Christian house owner Narayanan and the Christians attending the dedication, under laws against rioting, uttering obscenities in a public place and voluntarily causing hurt, the pastor said.

“An upper-caste Hindu neighbor, Vijaya Rajaram, filed a complaint that we were preaching the gospel at Lakshmi Narayanan’s house and that we had also beaten up the Hindus in the area,” Pastor Thirunavukkarasu said. “They have strong links with Hindu temple priests and established political persons in this area and have got the police to register a counter FIR, which had weakened our case now.”

Preaching about Christ is not illegal in India.

ADF-India has recorded 49 cases of hostilities against Christians in Tamil Nadu this year.

Church Building Burned Down
In Villupuram District, a thatched-roof church building in Radhapuram village was burned down two months after the congregation received a threatening letter, sources said.

“A Hindu temple is located very close, 20 meters, to the church where a grand festival was held in August,” pastor Stephen Arputharaj told Morning Star News. “During this time, a batch of youths passed by the church and threw a letter on the site. It was written, “Stop Christian prayers, if not your church will be finished.’”

The church building went up in flames at midnight on Sept. 30.

Pastor Arputharaj, 35, reached the site in 20 minutes after receiving a phone call at his home in Vettukadu village, about a mile away, about the fire.

“By the time I reached it, it was all over,” he said. “Since it was a wooden construction with a thatched roof of coconut leaves, it did not take very long for the fire to spread. Whoever has done this must have been closely observing our movements, as my wife and I travel 35 miles back and forth to organize gospel meetings in Kanjanur and Thirupachanur, and there would be nobody around to keep watch.”

At the Vikravandi police station, police refused to register a complaint, he said. Rather, if he persisted in the complaint, the officer threatened to accuse him of illegally using the electricity supply of a neighbor’s house, though the neighbor had willingly offered it, he said.

The officer was not suggesting that the neighbor’s electricity had caused fire – church electricity was turned off by 1 p.m. that day – but was using the threat only to keep the pastor from filing the complaint. Church property worth 50,000 rupees (US$707) was damaged, including musical instruments, Bibles, furniture and Christian literature, the pastor said.

The church has cleared a piece of open land behind the razed church building where villagers dry clothes, food grains and other items and has been worshipping there, he said.

The previous site accommodated 45 people, but since they began worshipping in the open, the male members have stayed away, fearing opposition, he said.

“Now only female believers and their infant children attend prayer services,” Pastor Arputharaj said. “Male members have refused to partake in worship in the open, but we have no other option available in the small village. We are praying the Lord to provide us with a place to gather and worship.”

When the church began worshipping three years ago, it faced severe opposition on its leased property, but the village president cooled hostilities by assuring the neighboring temple priests and Hindu residents that worship would be peaceful without disturbing anyone, he said.

“But as the members started growing in numbers, they refused to partake in activities in the village that hindered their faith,” he added.

India is ranked 10th on Christian support organization Open Doors’ 2019 World Watch List of the countries where it is most difficult to be a Christian. The country was 31st in 2013, but its position has been worse each year since Narendra Modi of the Bharatiya Janata Party came to power in 2014.