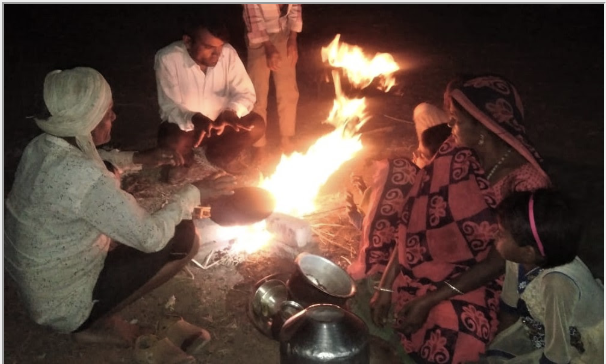 Expelled and homeless in jungle, 9-year-old girl is attacked and threatened. 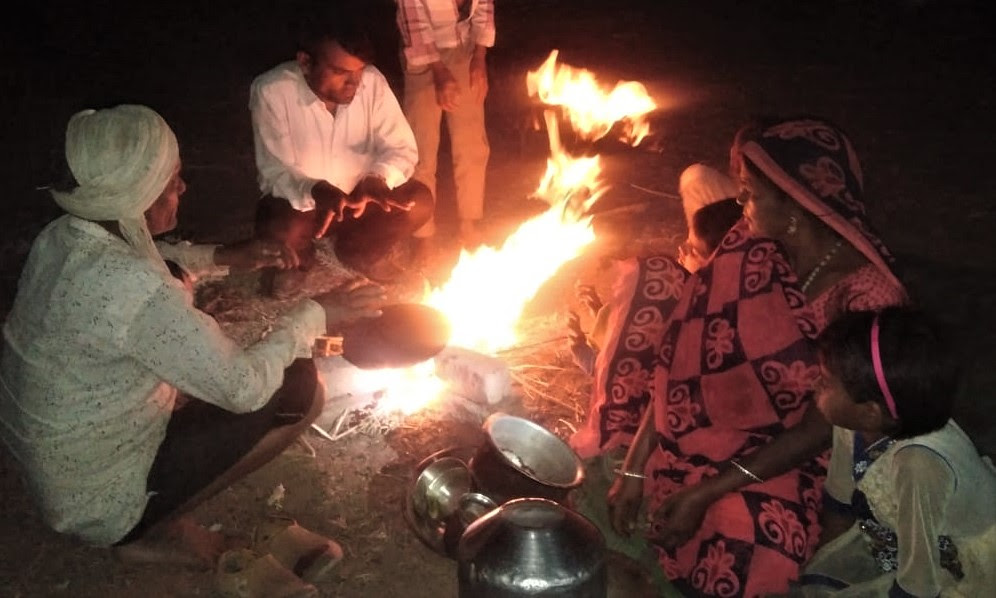 NEW DELHI, March 16, 2020 (Morning Star News) – Tribal animists in central India drove a Christian family into the jungle last week, with one later intercepting their 9-year-old girl and threatening to kill her if she went to school again, her father said.

On Wednesday (March 11), two days after an attack expelling the Christians from Bilood village in Madhya Pradesh state, the wife of the primary assailant stopped the girl (name withheld) as she returned from school to her makeshift refuge in the jungle, her father said. The woman’s husband, identified only as Laxman, had led the March 9 attack on the family of pastor Lalu Kirade, with the assailants later demolishing their home in Khandwa District.

“Holding her by her hair, Laxman’s wife asked her how dare she enter the village,” Pastor Kirade said. “[Name withheld] told her that she cannot miss school as her annual examinations are taking place. But Laxman’s wife pulled my daughter’s hair and threatened her that she should not been seen in the village or she would be beaten to death.”

His daughter walked back to their jungle site crying the entire way, Pastor Kirade said.

“I cried before the Lord for hours, asking Him what the fault of my children was and why are they being treated this way,” the tearful pastor told Morning Star News.

He said he would not report either attack to police.

“My children are studying in the government school of the village – I cannot risk their lives,” he said. “If I make a complaint with the police, the assailants will not spare my children.”

Instigated by Hindu extremists from the Bajrang Dal, villagers who worship ancestors and objects in nature arrived at the pastor’s property on March 9 and told them they would be expelled unless they abandoned Christianity, sources said.

“He [Laxman] was inebriated when he came to my house around 5 in the evening and began to question me about my faith,” Pastor Kirade said, noting that villagers often become intoxicated as they celebrate the Hindu festival of colors known as Holi.

Trying to provoke a fight outside their home, Laxman asked why the pastor did not indulge in drinking and dancing to celebrate the festival, he said. The villager harassed the family for about two hours with questions that insulted Christianity, and the pastor asked him to leave, he said.

Two hours later, Laxman returned with a wooden rod and began to break items that lay outside the family’s home. Laxman’s wife and others from outside the village joined him, the pastor said. Seven or eight people with wooden rods began assaulting his parents, he said.

The pastor’s 65-year-old father, Dildaar Kirade, told Morning Star News they punched him eight to 10 times on the back and hand. The pastor’s mother, 60-year-old Rekha Bai Kirade, said they struck her with their fists four or five times on her back, and that she was still in pain.

Pastor Kirade said he knew most of the four or five villagers who then joined in the assault.

“My next-door neighbor, his wife, his three sons, other men from the village who knew me since my birth, joined hands with Laxman and broke my house and demanded that I be excommunicated,” Pastor Kirade, who was born in the village, said in tears.

As the raucous mob began to demolish his house, the pastor took his three boys, ages 5, 8 and 11, along with his daughter and parents, and escaped to thick jungle about one mile away. His wife was away visiting her parents.

Pastor Kirade’s congregation later informed him that the assailants demolished his home and warned that if they see him in the village again, they will kill him.

Renounce Christ and Return
Pastor Kirade said he received a phone call from Laxman on Friday (March 13) offering him safe return to the village and a promise to rebuild his house if he renounces Christ.

“Laxman told me that he is willing to help me build my house and restore everything back to normal, but I must renounce Christ and stop praying to Jesus,” the pastor told Morning Star News. “I told him that you broke my house because it was a worship place of the living God, but what you do not know is that wherever I build my house, God’s worship place will be established there. So, I told him that I will not renounce Christ.”

His father misses his lifelong home.

“I moved to this village many years ago, long before Lalu was born,” Dildaar Kirade said. “I am saddened, leaving my home and my village.”

Pastor Kirade, who leads three other churches in three other villages as well, said his property was all looted or destroyed.

Only three of 50 chickens are left. Their entire stock of food, given as tithes and offerings by his congregation, was gone: 400 pounds of wheat, 130 pounds of corn, 90 pounds of rice, and nine pounds of lentils, along with onions, garlic and vegetables. Also gone was a large stock of eggs the pastor would sell when short of money, he said.

Local officials have announced that if any villager associates with the Kirade family in any way, they will have to pay a fine, Khargone pastor Bhagirath Sisodiya said.

“Anybody who tries to help Lalu and his family with food, clothing, shelter or is even seen associating with them in any manner will have to pay a fine of 5,000 rupees [US$67],” Pastor Sisodiya told Morning Star News.

After two nights in the jungle, the family found refuge with a church member three miles from Bilood – one small room, so they are still sleeping outside under a piece of cloth strung over them, he said. One of his sons has a chest infection from sleeping in the cold night air, he said.

“At least there is provision of water to cook, drink and do the daily chores, unlike the jungle,” he said.

Kirade’s family managed to survive with rice Pastor Sisodiya donated until the Rev. Jagdish Sahu of the Evangelical Fellowship of India (EFI) reached them with a supply of wheat flour, rice, lentils, fruit and dry snacks.

“It was heart-breaking to see a pastor and his family in this condition, especially the children,” the Rev. Vijayesh Lal, general secretary of EFI, told Morning Star News. “That is why we immediately sent help. We will follow it up so that the family is provided for till they are stable. It is our responsibility to stand with them. We have also asked Lalu to search for a piece of land and hope that we can help him buy the same to build a decent house for his family.”

Pastor Kirade said he is worried about his children sleeping in the chill of night.

“My whole family is dependent on me; we have no other source of income,” he said. “But I am sure God has planned everything for us. I am not worried about me, empty I came and empty I will return, only God’s work should not stop.”