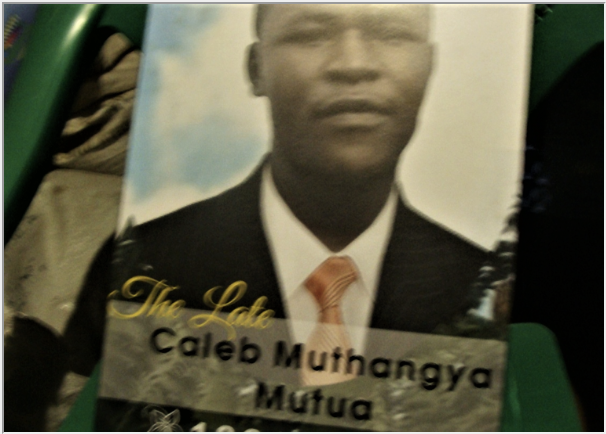 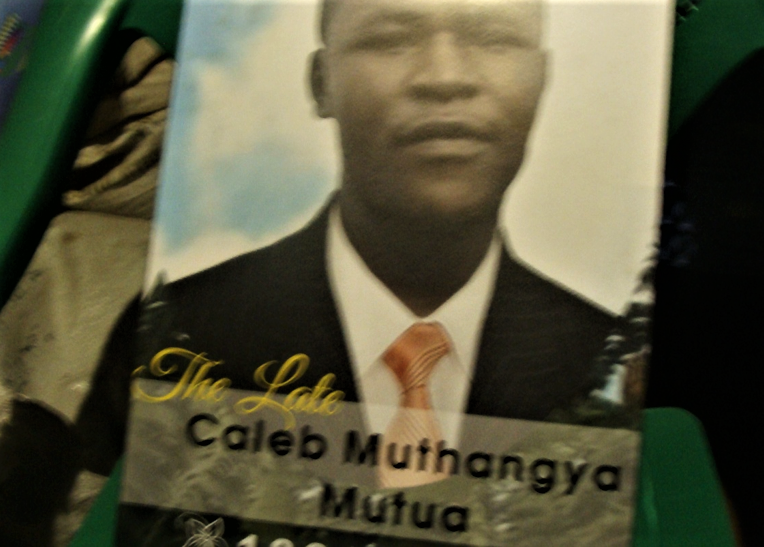 NAIROBI, Kenya, March 5, 2020 (Morning Star News) – The families of three Christian schoolteachers killed by Islamic extremists in northeastern Kenya have suffered loss beyond words, but aid from donors in Ireland is helping to compensate for lost income, they said.

Somalia-based Al Shabaab militants on Jan. 13 killed Titus Sasaka, a member of the New Testament Church of God who was deputy head teacher of the primary boarding school in Kamuthe, Garissa County that the Islamist terrorist attacked at about 2:30 a.m.

Sasaka’s widow, 27-year-old Judith Katima, and mother, Rose Sasaka, could not hold back tears as the family gratefully received a donation to start a small business. They were also thankful for funds to cover school fees for their 7-year-old son.

The aid for them and the bereaved families of two other slain Christian teachers came from an undisclosed church in Ireland matched by a gift from Irish charity Church in Chains, which coordinated the aid in response to coverage by Morning Star News.

The principal of the school told Morning Star News that the late Sasaka had played the keyboards for worship at the Anglican Church of Kenya in Garissa town the Sunday before his death.

Sasaka’s father, Peter Sasaka, said his son was shot in the neck, cheek, shoulders and legs, breaking them. The attack was planned to target Christians, he said.

A survivor of the attack told Morning Star News that the assailants arrived at the school as the teachers were sleeping, ordered them out of their rooms and separated out the non-local ones who had come from other parts of Kenya – assumed to be Christian as they were not ethnic Somali Muslims predominant in the region near Somalia’s border.

“One of the attackers said, ‘We cannot allow infidels to teach our children,’ and there and then fired at three teachers as I managed to escape through the window,” the source said.

Al Shabaab, which took responsibility for the killings on its official website on Jan. 13, also killed Samuel Muthui Kyunzu, a Catholic who was shot in the head and legs, which were also broken from the impact, said his father, Bernard Kimanzi.

“The support we have received will go a long way in support of the school fees of my two children who were being supported by our son who was brutally murdered by the Al Shabaab,” Kimanzi told Morning Star News. “We are very grateful for the generosity of our brothers and sisters who responded in meeting this particular need.”

Surviving family members of Caleb Muthangya Mutua, a 29-year-old member of the African Inland Church who died from gunshots to his chest and legs, were also grateful.

“We appreciate the support from our well-wishers that has helped our children, who had left school for lack of school fees, to go back to school again,” his father, Mutua Musya, told Morning Star News. “We lack words to say thank you to you.”

Al Shabaab, which is allied with Al Qaeda, or Al Shabaab sympathizers have killed several non-local people in northern Kenya since 2011, when Kenyan forces led an African coalition into Somalia against the rebels in response to terrorist attacks on tourists and others on Kenya’s coast. Al Shabaab militants were suspected in the killing of two Christian teachers on Oct. 10, 2018.

On Dec. 6, 2019 in Wajir County, in northern Kenya, suspected members of Somali Islamic extremist group Al Shabaab intercepted a bus, separated out those who were not local ethnic Somali Muslims and executed them.

On April 2, 2015, 148 people at Garissa University College lost their lives in an attack by Al Shabaab, and several attacks on churches and Christians have taken place in Garissa.

Somalia’s constitution establishes Islam as the state religion and prohibits the propagation of any other religion, according to the U.S. State Department. It also requires that laws comply with sharia (Islamic law) principles, with no exceptions in application for non-Muslims.

Kenya is ranked 44th on Christian support group Open Doors’ 2020 World Watch List of the 50 countries where it is most difficult to be a Christian; Somalia is ranked 3rd .