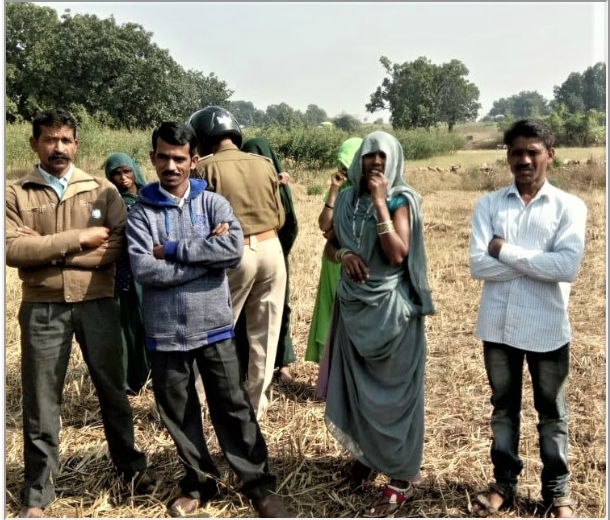 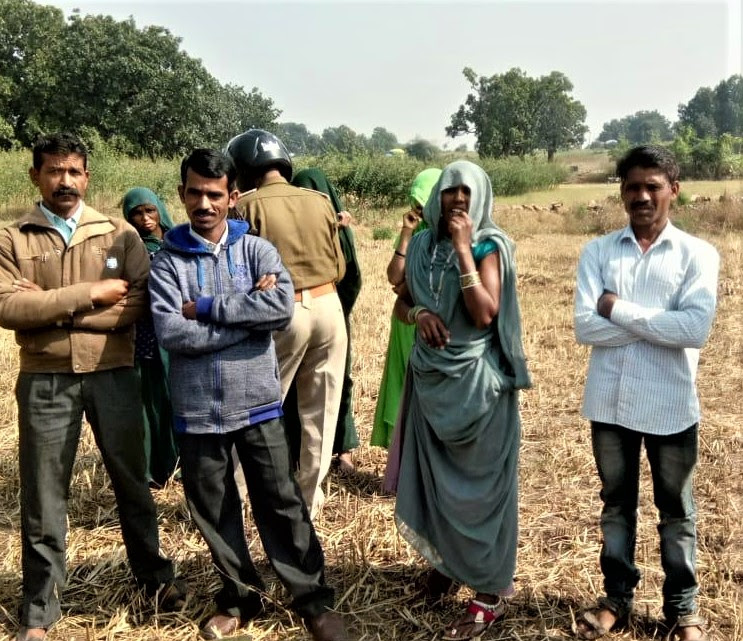 Pastor Mukam Kiraad, 35, along with two members of his church, 40-year-old Lalsingh Tomar and 38-year-old Nanliya Rawat, were shocked to learn that they were charged under a Madhya Pradesh state law prohibiting unregistered medical practice, punishable by up to three years in prison.

Their attorney, Rahul Parihar, said he also was stunned.

“Their next hearing is Jan. 8,” Parihar told Morning Star News. “They will have to come for each hearing, which might fall once every 15 days, and the case may prolong for many years.”

The three Christians were initially arrested after more than a dozen tribal villagers radicalized by Hindu nationalists in Vadi village, near Alirajpur, intruded into their house-church worship service on Dec. 10 wearing blankets that concealed guns and locally-made sharp weapons, Pastor Kiraad said.

“Some of them began to film the worship service while others went out and locked us in from outside, so that we would not escape,” Kiraad said. “They disrupted the service and began to search the place while using vulgar language.”

The intruders seized their cell phones, preventing them from calling police, and also took four Bibles, literature and a bottle of oil that belonging to the Christian resident of the home, Pastor Kiraad said.

“About 10 assailants were hiding outside at various locations, to attack us in case any of us managed to escape,” he said.

The intruders grabbed the landlord of the rented house, who regularly attends the services, by his hair, the pastor said. They threatened the landlord for renting it to a Christian and allowing worship there, Pastor Kiraad said.

They also seized the pastor’s water bottle, which they may have tainted with some substance before they presented it to police as evidence of some crime, he said.

“They took my bottle, which later was presented in the courtroom as evidence with some test report,” Pastor Kiraad said. “I do not know what the report said or what they added to my drinking water later.”

The intruders called police, who upon arrival unlatched the door and detaind the Christians, he said. Detained at about 11 a.m., five men and four women were held at the police station until 9 p.m., he said.

“Everybody shared their faith testimony as the police personnel blamed me for forcefully converting villagers,” Pastor Kiraad said. “However, one policeman showed his appreciation towards me for doing such a good work and wondered why the villagers were putting such allegations on me.”

The police let the nine go, only to call the pastor, Tomar and Rawat back on Dec. 16. The tribal Hindu nationalists had exerted pressure on police to arrest the three men and publicized wild accusations against them in local news outlets, said pastor Dilip Rawat of the Filadelfia Fellowship Church.

The charge of unregistered medical practice was apparently based on the Christians engaging in prayer for healing.

Police had summoned the three Christians saying they only wanted to close a matter concerning the complaint against them, Pastor Kiraad said.

“I was asked that each one should carry a photograph, submit it at the police station and the complaint would be closed,” he said.

But as soon as they submitted their photographs, police told them they would have to go before a local court to procure bail, and only then would they be allowed to go home, he said.

“We were taken before the judge, where I was asked what I do, to which I said I was a pastor and was conducting regular church service,” Pator Kiraad told Morning Star News. “No bail plea was presented. The judge ordered us to be sent to jail.”

Baffled, the pastor watched as his Bible, water bottle and a poster of the Ten Commandments confiscated from the house church were presented before the court, he said.

Pastor Kiraad said he had no idea what was happening until they were locked in the Alirajpur jail.

Of the more than 25 Hindu nationalists who pressured police to file a First Information Report (FIR) on the Christians, only Suresh Mondalai, village headman Thawar Singh and three other tribal villagers are named as complainants, he said.

“We had a nice time sharing the word of God with fellow prisoners,” Pastor Kiraad told Morning Star News. “Some of them had never heard the name of Jesus Christ, nor the gospel.”

Church Shut Down
After a lower court dismissed their bail application, on Dec. 26 the three Christians managed to obtain bail from the Sessions Court with a bond of 30,000 rupees (US$420) each, Pastor Kiraad said.

Pastor Sewla called the case against the Christians a well-planned conspiracy.

“They did this to cause trouble to the arrested and their families,” he told Morning Star News. “They had no money for their bail bond, they are poor people. We helped them by raising money from the church.”

Villagers have succeeded in instilling fear among the Christians and harassing them, he said.

“The court case has just begun, and on the other hand the worship service has completely stopped, and the house church has been shut down,” Pastor Sewla said.

Family Driven from Home
Nearly 30 miles away in Paara village, Jhabua District, pastor Rahul Bariya and his family returned from a prayer service of thanksgiving on Dec. 2 to find a mob of about 100 Hindu extremists waiting for him.

Accusing the 38-year-old pastor of converting people, the mob hurled insults as they dragged him to the Paara police station, where he was detained for more than 24 hours, he said.

The mob also threatened his landlord if he failed to evict the family from their rented house, he said.

“The landlord forced my wife and children out of the house at 11 in the night while I was in police custody and did not allow them to pick up the household stuff,” Pastor Bariya told Morning Star News. “Without bedding and warm clothes, they were forced to wander in the middle of the night looking for some shelter.”

The family took refuge with another family for three days while he searched for another house to rent, he said.

For four years the pastor had led worship services every Wednesday at his rented house.

“The house church is closed now,” he said. “There are about 200 believers in the village, and they have been travelling in a radius of 25 miles to attend a church fellowship every week, all in different directions.”

The pastor, his wife and three children remain steadfast in their faith, especially as they recall how his wife nearly died from a serious illness before he found out about a church that prayed for her.

“I took her there. We sat there for three and a half hours, and my wife got completely healed,” Pastor Bariya said. “We as a family have decided to live and die for Christ. We will worship Him and serve Him alone.”

The Christians were taking part in a Christmas program when area Hindus began to complain and informed the media, a local source said. They also called members of two Hindu extremist groups – the Hindu Yuva Janjati Sangathan and the Dharam Raksha Samiti – who came and accused the Christians of converting villagers. Conversion is legal in India, but Madhya Pradesh’s anti-conversion law prohibits conversion by force, fraud, allurement or inducement, terms used to make baseless accusations religious minorities.

The Hindus called police, who arrested the Christians and took them to the nearby Bakhatgarh police station. More than a dozen media outlets transmitted an interview with two Hindus alleging that the Christians urged them to join in the Christmas program, and that they asked them to touch a Bible and pressured them to promise to follow the God of the Bible.

A correspondent who followed up on the interview told Morning Star News that villagers who said they were pressured to convert had differing stories.

“Every person who alleged that they were forced to convert had a completely different story, which does raise doubts over the authenticity of the allegations,” said the correspondent, who requested anonymity for security reasons.

He added that the Alirajpur area is unsafe for reporters who try to balance reports with Christians’ viewpoints.

“If I try to interview the Christians, it can be life-threatening for me and very unsafe for my family,” he said. “There is a lot of political pressure on the police, who are forced to take action against the Christians despite knowing the truth.”

At this writing the Christians were still in prison, though church leaders were making efforts to bail them out.

India is ranked 10th on Christian support organization Open Doors’ 2019 World Watch List of the countries where it is most difficult to be a Christian. The country was 31st in 2013, but its position has been worse each year since Modi of the Bharatiya Janata Party came to power in 2014.