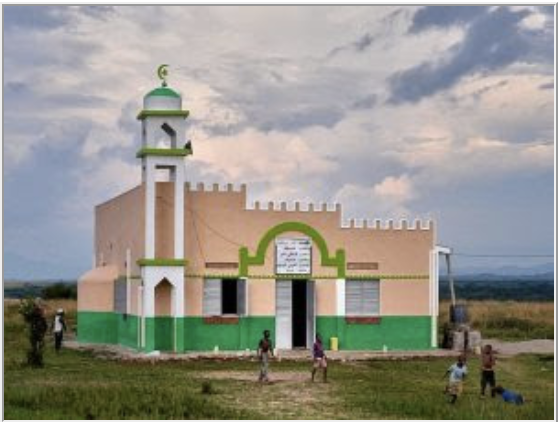 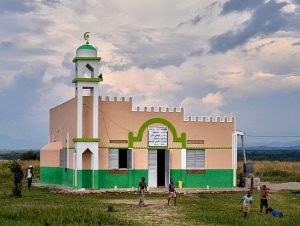 Namuyiga, a 27-year-old mother of three in central Uganda’s Lwebitati village, Kitumbi Parish in Mubende District, had been secretly attending church services with her 2- and 5-year-old sons since putting her faith in Christ on May 17. She had not chanced taking her 7-year-old son until Nov. 24.

“That evening, while back at home, my son began singing some of the Christian songs that were sung in the church,” she told Morning Star News by phone. “My husband began questioning me where the son picked such kinds of songs, but I kept quiet. He then turned to our son, who narrated what he saw in church of both men and women worshipping together in one big hall. Thereafter we went to bed with no communication with my husband.”

On Nov. 29 her husband, 34-year-old Abudalah Nsubuga, told her she had to go to Friday mosque prayers, she said.

“I refused,” she said. “He started beating me up with sticks, blows and kicks. When I fell down, he left me and went to the mosque. I began bleeding with serious injury on my left arm. That evening he did not come to the house but slept in the house of one of my co-wives.”

Early on the morning of Nov. 30, he showed up at their home, she said.

“He arrived and pronounced [ritual Islamic] words of divorce and threatened to kill me if I remained in the homestead together with my two sons,” she said. “There and then I left the homestead, leaving all my belongings behind.”

She said she and her three sons sought refuge at an undisclosed site.

“I have been supporting my three children by washing peoples’ clothing around the village,” Namuyiga said. “Indeed life is quite difficult for me and the children. I have realized that following Jesus is not easy. Sometimes I spend sleepless nights thinking on my future and that of my small kids, especially their school fees.”

Her husband, who has two other wives, divorced her after eight years of marriage, she said.

She had put her faith in Christ after attending an evangelistic meeting organized by the church.

Young Family Homeless
About 145 kilometers (90 miles) northeast of Kampala, in Butumo village, Kasambira Parish in Kamuli District, a former Muslim and his wife who put their faith in Christ on Sept. 25 were soon thereafter driven from his land by Muslims who threatened to kill him, he said.

Richard Wamala, 25, had bought the land from Haji Kabibu Nasuru, 50, on May 25, he said. Wamala and his wife began rearing pigs on the land, forbidden in Islam, after they began secretly attending church services last fall.

“Hajji Nasuru gathered his fellow Muslim brothers and chased me away from the plot which I had bought without refunding any money to me,” Wamala told Morning Star News by phone. “They began threatening me that I should leave immediately or will meet the wrath of losing my life. They also threatened me with witchcraft.”

He reported the attack to the local council, which provided no help as the chairman only called him an “infidel,” he said.

Wamala, his wife and 1-year-old daughter have taken refuge at an undisclosed site.

“I am troubled in my heart, very sick,” he said. “I lost my farm and the house, amounting to huge amount of money. I am homeless, and my appeal for help bore no fruits. I need help to get back the land, and possibly sell it so as to buy another piece of land to settle my family.”

Wamala said he came to faith in Christ after an area pastor visited his family in their home several times.

“He shared with us the message of salvation of God,” he said. “After a month, my wife and I were convicted of our sins, and we surrendered our lives to the Lordship of Jesus Christ, and since then our lives were totally changed.”

These incidents were the latest of many cases of persecution of Christians in Uganda that Morning Star News has documented.

Uganda’s constitution and other laws provide for religious freedom, including the right to propagate one’s faith and convert from one faith to another.

Muslims make up no more than 12 percent of Uganda’s population, with high concentrations in eastern areas of the country.