Church elder attacked after dropping his son off at school. 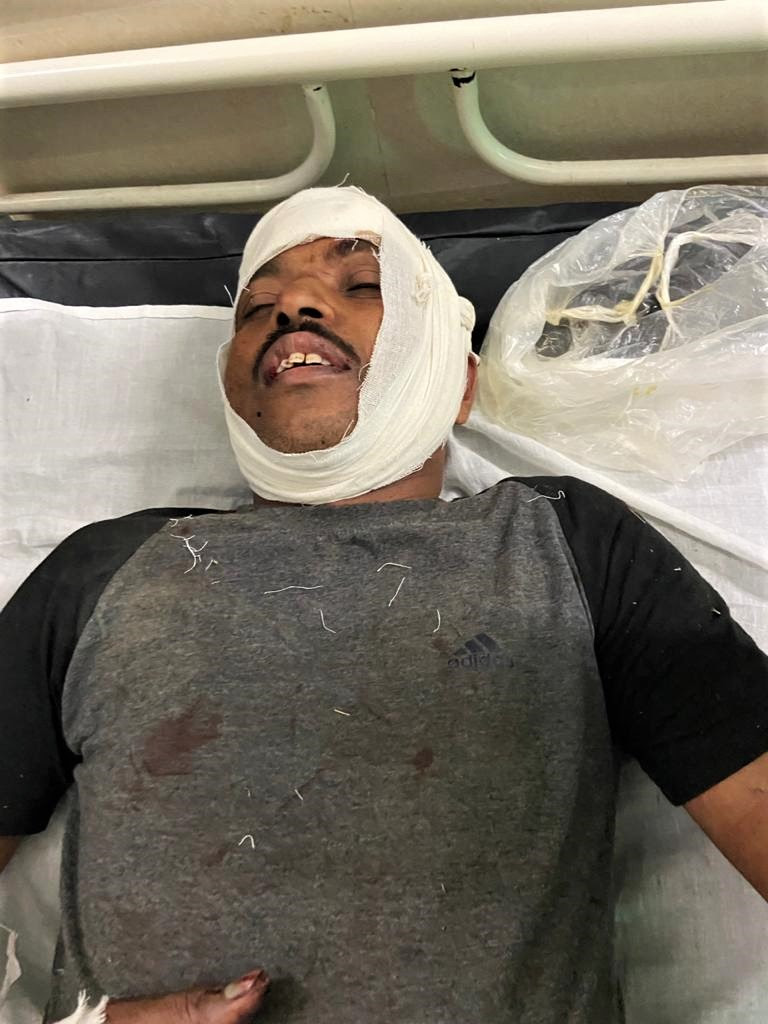 Armed with bamboo rods and a thick metal chain with a heavy lock on it, the 10 Hindu nationalists in Sehore, Madhya Pradesh state beat Isaac Paulose, 48, and then ran their five motorcycles over him, fracturing one of his ribs, said Uttar Kumar Deep, pastor of Grace Fellowship Church of CEA (Christian Evangelistic Assemblies), Sehore.

Paulose, an elder at the church and Madhya Pradesh coordinator of the New India Evangelistic Association, was attacked shortly after dropping his 5-year-old son off at school that morning, Pastor Deep said.

Paulose was in his car when a Hindu nationalist on a motorcycle stopped him and told him to get out, he said.

“Unaware of his intentions and without a slightest of suspicion, Isaac stepped out,” Pastor Deep said. “Suddenly others joined the biker, and all of them began to beat Isaac with bamboo logs and a chain.”

Paulose’s wife, Elizabeth Isaac, said he was stopped no more than 300 meters from their home.

“The moment he stepped out of his car, the others joined in, and they began to beat him,” Isaac said. “Accusing him of ‘converting people,’ they beat him with bamboo logs and a thick metal chain with a lock attached to its end. They scorned and ridiculed him, daring him to continue to convert people.”

Hindu extremists routinely attack Christians for “conversion,” though conversion is legal in India, and also routinely raise false accusations against them of illegal “forcible conversion.” They frequently make no distinction between the two.

The assailants threatened to kill the pastor before leaving, Pastor Deep said.

“When he lay on the ground half-dead, they drove their bikes, five in number, one after another over him, injuring him further and breaking his rib,” Pastor Deep told Morning Star News. “They scorned and taunted him, asking him to call on the name of Jesus. They also threatened to kill him if he continues to ‘convert’ people.”

The assailants fled only after passers-by noticed and came to Paulose’s aid, Pastor Deep said. He said Paulose did not recognize any of those who assaulted him.

Paulose was rushed to a local government hospital, and then later that same day transferred to Bhopal Fracture Hospital, 26 miles from Sehore, in order to receive appropriate treatment, sources said.

On Friday (March 6) he underwent two surgeries on his left hand, which sustained multiple fractures, his wife said.

“He has received two stitches at the back of his head, and one stitch on his forehead,” Isaac said. “One of his ribs is fractured, for which the doctors said that nothing can be done and that he will need to take a lot of rest for the rib to heal by itself.”

Hemant Lal, a Christian leader from Bhopal, said Paulose was honored to suffer in Christ’s name.

“Brother Isaac’s condition was very bad when he was brought to Bhopal,” Lal told Morning Star News. “I was amazed at his faith. He told me he was not scared, and that there will be difficulties in doing the Lord’s work, but that he was glad that he suffered for the name of Jesus.”

Pastor Deep said Paulose does not engage in forced conversion.

“Such incidents should not happen with us; we are peace-loving people,” Pastor Deep said. “We do not get violent, and accusing someone of [forced] conversion without any reason and proof is not a good thing.”

Thanking all who have prayed and continue to pray for them, Paulose’s wife said she was initially shaken but is now at peace.

“Initially, I was very troubled and in a state of shock after seeing Isaac in this condition, but later the Lord gave me peace and strength,” she told Morning Star News. “It is our privilege to suffer for the Lord, and we will continue to work for the Lord. I am sure that God will reward us.”