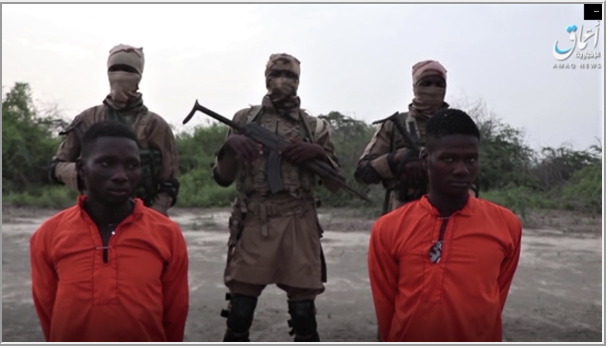 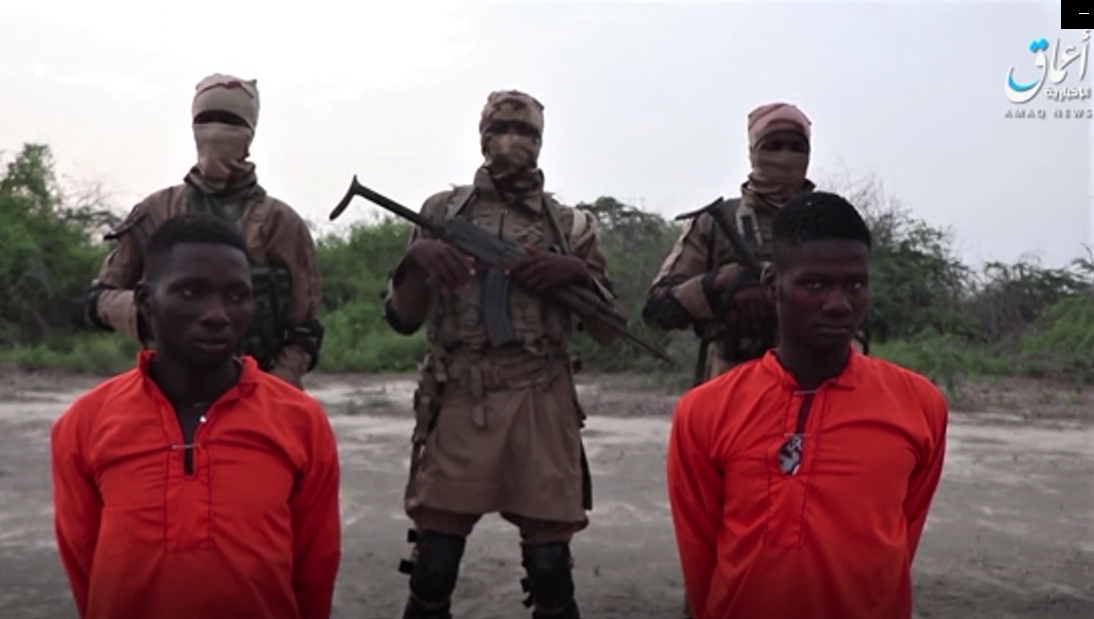 Lawrence Duna Dacighir and Godfrey Ali Shikagham, both members of the Church of Christ in Nations (COCIN) in Plateau state, are shown kneeling while three masked, armed men stand behind them in a video posted Sept. 22 on Boko Haram’s Amaq news agency site. The two young men, who had gone to Maiduguri to help build shelters for people displaced by Islamic extremist violence, are then shot from behind.

Speaking in the Hausa language, the middle one of the three terrorists says in the video that they have vowed to kill every Christian they capture in revenge for Muslims killed in past religious conflicts in Nigeria. Dacighir and Shikagham, originally from Plateau state’s Mangu County, were captured by Boko Haram, now called the Islamic State in West Africa Province (ISWAP), as they carried out their work in displaced persons camps.

Ethnic and religious tensions resulted in large-scale clashes between Muslims and Christians in Jos in 2001 and 2008.

It is not clear from the video, temporarily posted on YouTube, when the two men were executed. Their identities were confirmed by a relative, the Rev. John Pofi, a COCIN pastor.

Pastor Pofi, a cousin of the two executed Christians, told Morning Star News in a text message statement also shared with others that the two Plateau state natives had gone to Maiduguri from Abuja.

“Lawrence and Godfrey left Abuja for Maiduguri in search of opportunities to utilize their skills for the betterment of humanity and paid with their lives,” Pofi said. “We will never get their corpses to bury. The community will have to make do with a makeshift memorial to these young lives cut short so horrifically.”

If the federal government had created economic opportunities for those tempted to join extremist groups and had returned security to the country, his cousins would not be dead now, Pastor Pofi said.

“We must ask ourselves if this is the kind of country we want where young men who are earning an honest living are brutally killed while those who abduct and kill others are invited to dialogue with government and paid handsomely,” he said.

In a letter last week to the United Nations secretary general, attorney Emmanuel Ogebe of the U.S.-Nigeria Law Group, a legal consulting firm with an emphasis on human rights, expressed concern that the Nigerian government did not condemn the killing of the two men even though they were helping to provide shelter for displaced Nigerians.

“Lawrence and Godfrey …were using their skills to provide a basic human need of shelter to others when they were killed,” Ogebe stated. “Your excellency, we wish to draw your urgent attention to the fact that taken together with the execution of aid worker Hauwa  Liman (ICRC) this time last year, the recorded number of aid workers slaughtered by terrorists in Nigeria over the past decade is now in excess of 40.”

Ogebe wrote that workers for international aid group Action Against Hunger kidnapped in July issued a distressed plea for government help with no notable administration response. On Wednesday (Sept. 25), Action Against Hunger announced that one of its workers being held hostage had been executed.

“More executions of humanitarian workers could yet occur,” Ogebe wrote to the U.N. “Despite these humanitarian organizations’ resilience in still serving victims, the Nigerian Government has since just last week suspended Action Against Hunger and Mercy Corp on dubious grounds.”

International aid agency Mercy Corps suspended operations in Borno and Yobe states in northeast Nigeria after the Nigerian army closed four of its offices in the region without explanation, the agency announced on Wednesday (Sept. 25).

Ogebe urged the U.N. secretary general to obtain an assurance from Nigerian President Muhammadu Buhari that all hostages will be released before the country’s Independence Day on Tuesday (Oct. 1).

“We also ask that you implore him to lift the suspension on humanitarian groups providing urgent services to victims,” Ogebe wrote. “We urge the secretary general to remind President Buhari of Nigeria’s obligations under international humanitarian law to negotiate the protection of aid workers and non-combatant civilians in its dialogue with BH/ISWAP [Boko Haram/Islamic State in Western Africa Province].