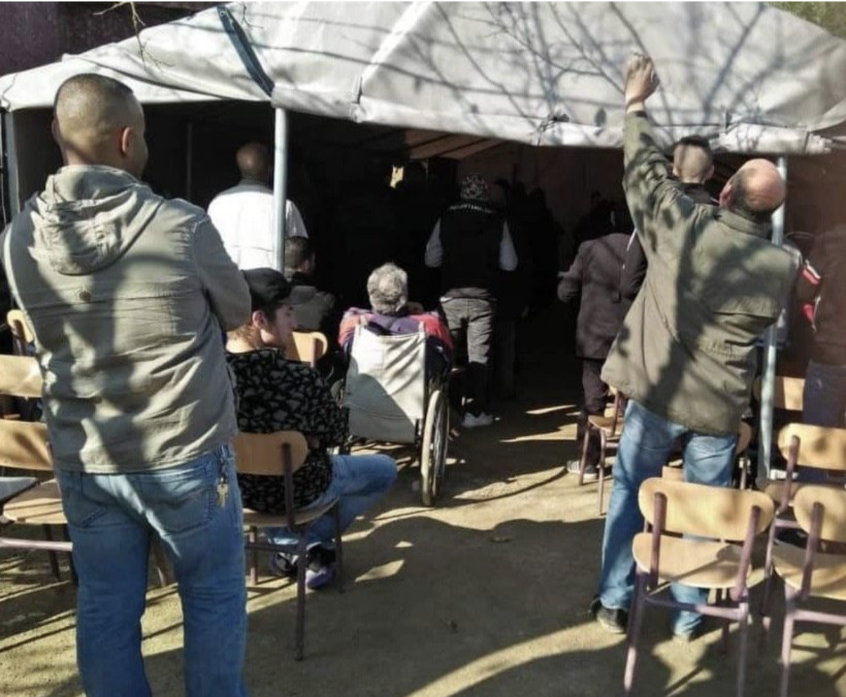 Algerian Christians request prayer for the landlord of  the church in Azagher, and his wife, who are facing continued pressure from the authorities.

The “Ville de Refuge” is located in the village of Azagher near the city of Akbou in the Kabilye area, about 180 kilometres south-east of Algiers. The congregation has about 400 attendees and has been active since October 2013. It is a member of the EPA (the umbrella organization of Protestant churches in Algeria).

In February 2018, the church was ordered to cease its activities after receiving a letter citing non-compliance with safety regulations. The church closed until the improvements demanded by the building-safety committee were achieved. Church leadership informed the Wali (Governor) in writing of the completion of the required improvements and met with the relevant municipal officials. In spite of that, the church was sealed by the authorities in October 2018.

The congregation continued to meet for worship in a tent erected in the church yard. In January 2019, the National Gendarmerie informed the landlord, the tent must be dismantled. He was summoned several times by police. On 20 June 2019, a court sentenced him to six months in prison and a fine of 50.000 DZD (approx. US$ 415) for holding prayer in an unauthorized place according to the 03-06 ordinance regulating non-Muslim worship. He appealed the verdict. The court summoned him and his wife, who assists him in organizing the worship. They will appear in court on 10 December 2019.

Since November 2017, the government has been engaged in a systematic campaign against Christians. EPA-affiliated churches have been challenged to prove that they have licenses according to the requirement of the 03-06 ordinance regulating non-Muslim worship. However, the government has never issued any licence for a church building under this ordinance, ignoring applications from churches to regularize their status. To date, 15 EPA churches have been sealed by the government.

a. the landlord and his wife will know the Lord’s peace, wisdom and guidance in the face of the growing pressure
b. that they will be acquitted of all charges in the appeal
c. the authorities will end their systematic campaign to close churches and limit Christians’ freedom to worship; and for all the closed churches to be reopened.
d. the regulations governing non-Muslim worship would be amended and justly implemented, so that Christians will be able to worship freely
e. those responsible for the closure orders would know the conviction of the Holy Spirit and the forgiveness and new life offered by Jesus