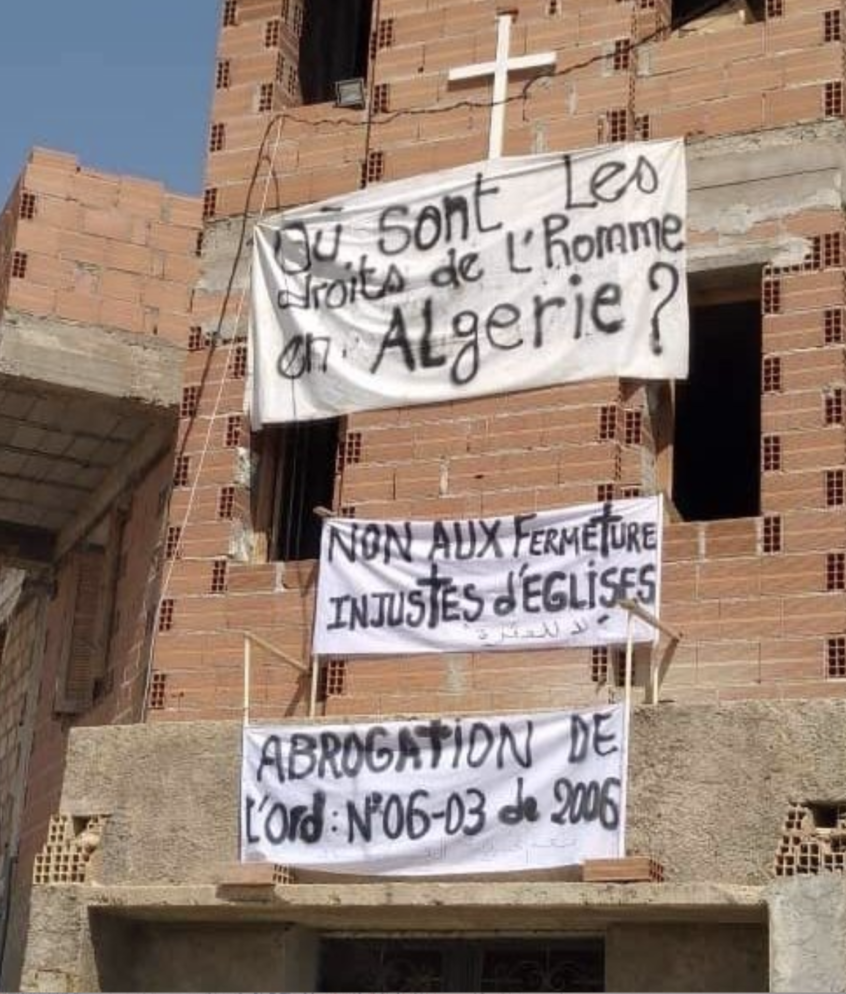 Algerian Christians request continued prayer as the government campaign against churches continues. On 21 August, MEC reported that closure orders had been issued against two churches in the governorate of Bejaia, in the towns of Akbou and Ighzer Amokrane. Church leaders were informed that their churches would soon be sealed.

On 26 August the gendarmerie attempted to close the Church of the Prince of Peace in Ighzer Amokrane. Christians occupying the church refused to leave. Representatives of l’Église Protestante d’Algérie (EPA), the legally recognised umbrella group of Protestant churches in Algeria, objected, saying any closure order should be issued by a court, not by regional authorities. After a long discussion, the gendarmerie left without sealing the church. A meeting has been scheduled for 28 August between the governor (Wali) of Bejaia and EPA leaders.

Authorities have not yet attempted to close the church of Akbou.
Since November 2017 Algerian authorities have been engaging in a systematic campaign to close Christian places of worship and other Christian institutions. Since then, nine EPA churches and one non-EPA church have received closure orders. Six of these churches have been sealed.

Most of the EPA churches have been challenged to prove that they are licensed according to a 2006 ordinance which stipulates that all non-Muslim worship must be carried out in buildings specially designated for this purpose. The government has yet to issue a single license.

Algerian Christians urge us to pray that:
a. the EPA, church leaders and members will know the peace of Jesus, the wisdom of the Father and the guidance of the Holy Spirit as they deal with the continued pressure.
b. the meeting with the authorities on 28 August will contribute to ending the systematic campaign to close churches and limit Christians’ freedom to worship in Bejaia.
c. regulations governing non-Muslim worship will be amended so that Christians will be able to worship freely in the whole country.
d. those responsible for the orders to close the churches will know the conviction of the Holy Spirit, and the forgiveness and new life offered by Jesus